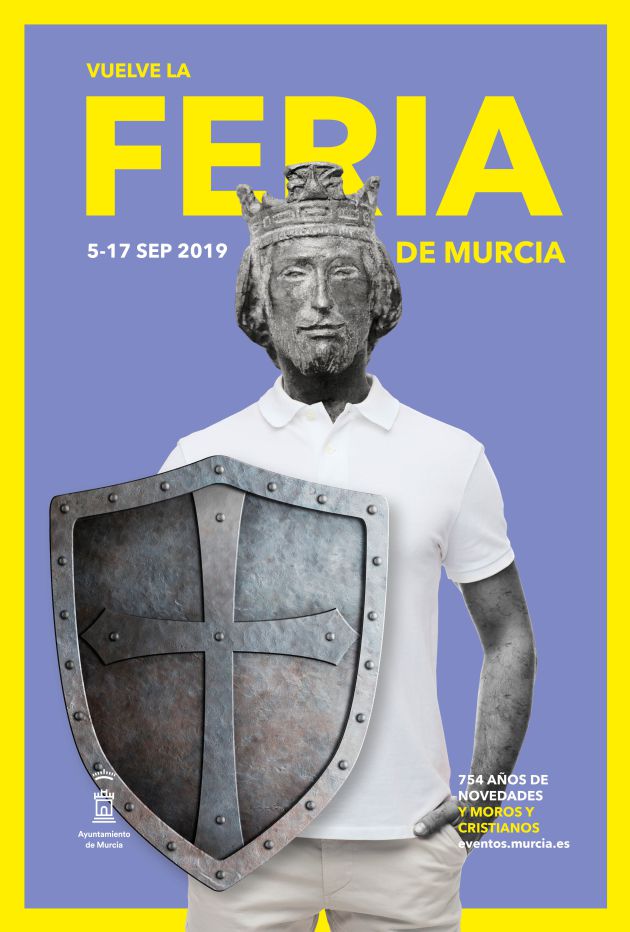 The traditional September Fair of Murcia is celebrated from September 5 to 17. The festivities will have a program with more than 300 events that will begin this next Thursday 5th with the descent of the Virgin and will last until Tuesday 17, the day of the Pilgrimage, among which, free cruises stand out in an itinerary that will connect Los Orchards of the Malecon with La Fica.

10,000 petals for the Morenica in its descent to the city.

On September 5, the day of the descent of the Patron to Murcia, on Arenal Street, with more than 10,000 petals, surpassing that of last year. La Virgen de la Fuensanta, which leaves at 3.30 pm from its Sanctuary and will arrive in El Carmen at 7.30 pm, will be accompanied by the musical band Las Musas de Guadalupe and three gruops that will sing to you in three different parts of the tour.

By boat, from La Fica to the Malecon

As a novelty this year, the two emblematic environments of the Fair, La Fica and El Malecón, will be connected by a free cruise. The solar ship will pick up the passengers from the jetty in front of the Molinos del Río and transfer them to La Fica, where a new drop-off point has been enabled. It will also perform the reverse path.

The tourist boat will offer these river tours from 19.30 to midnight, from the 6th to the 16th of September. 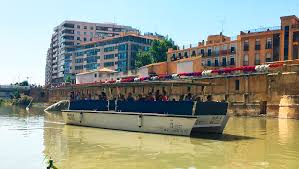 Juggling, dance and fencing on the river walk ‘Murcia Río’

On September 7, a big party open to all Murcia will officially inaugurate the ‘Murcia Río’ river walk. There will be juggling and circus attractions at the entrance; at the height of the Murcia Parque auditorium, a music group will perform; then, pedestrians can enjoy a dance show; and in the last section, in the meadow, there will be an exhibition of historical fencing; activities that will be carried out simultaneously, from 19 to 20:30 hours. During the activities, numerous children’s characters will stroll through this environment, entertaining the little ones.

A fair accessible to all

For the first time, in La Fica a Ferris wheel accessible to all will be installed, to which people can ride in wheelchairs during every day of the Fair for free.

On September 9, in addition, the attractions will be silenced for three hours, emitting only fixed light, so that children with Autism Spectrum Disorders and noise hypersensitivity can enjoy the atmosphere of the Murcia Fair. 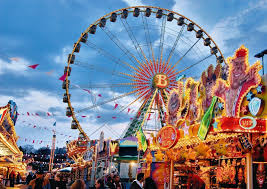 Another of the family leisure activities that arrives as a novelty at the Fair is the Murcia birlochas workshop, which links the tradition of the Huerta’s kite with the modern one; activity in which large kites will rise on the Segura.

After a previous talk in which the history of the kite, the different models, the security measures and the technique of the flight will be announced, the second part of the workshop will begin, in which the children will learn to build a tile model kite. Subsequently, the flight of the same and an acrobatic display of kites along the river. The activity will be held on September 14. There will be four shifts: at 11, 13, 16 and 18 hours, with a capacity of up to 80 children. 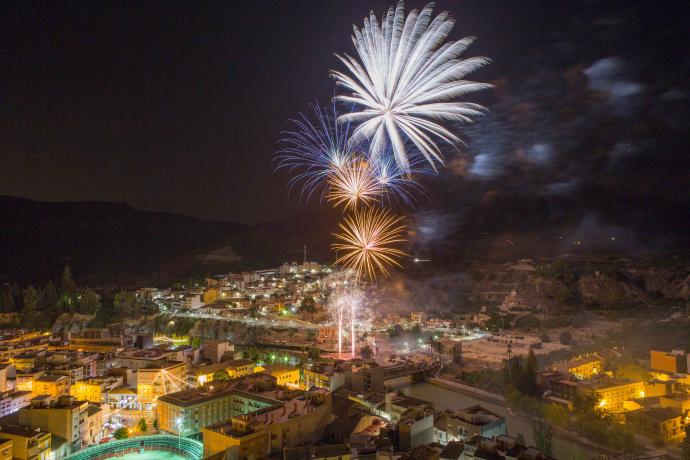 A river of cinema

The light will also be screened in the Segura in the form of cinema on September 9, 10 and 11, starting at 9:30 p.m. The riverbed will become an outdoor movie theater in which films for the whole family will be screened, from the top of the riverbed, at the height of the Plaza de la Paja (next to the Manterola Footbridge).

The capacity will be 500 people plus the 20 boats that will be made available to the attendees in order of arrival. The projected films will be ‘The Endless Story’, ‘Willow’ and ‘Edward scissor heands’, with previous animated short films.

A fair with a lot of swing

The September Fair comes with a lot of movement, with dances, workshops and clandestine swing meetings in different parts of the city. On September 16, in the morning, there will be different exhibitions of this type of aesthetic dance from the 30-40s, and clandestine sessions.

That same day, a swing night will be held with the artist Indigo Jazz, on the Paseo Alfonso X. In parallel, during the fair the Swingmaneje festival will take place, with social dances in places such as the Post Market and in the Molinos del Río.

The Lieutenant Flomesta Gardens will be, from Friday, September 6 until Sunday, September 8, from 11 to 22 hours, the scene of the exhibition of animals and native workshops (esparto, honey, iron, stringing chairs, carrier pigeons, cane, cheese, bread, silk, pottery, etc.).

‘Murcia rhymes with A’: the first female rap festival

Likewise, the Fair will celebrate for the first time its first festival of female rapper, ‘Murcia rhymes with A’, free admission. The event will be on September 9, at 9:30 p.m., in Murcia Park. The Jazzwoman, Neusi & Aryon, Machete rap groups in Boca and Tribade will perform.

Trovando for Colombia, Cuba and Murcia

On September 12, at 10 pm, the 1st International Trovos Festival ‘Trovando for Colombia, Cuba and Murcia’ will be held, organized by the José Travel Montoya ‘El Repuntín’ trovera association and the ‘El Patiñero’ trover group. It will be free access.

Design, crafts and fashion on the Alfonso X promenade

On Saturday, September 14, from 11 a.m. to 2 p.m. and from 5 p.m. to 11 p.m., on the Alfonso X Walk, there will be a meeting of young Murcia designers, in which there will be a market and fashion shows will be held by the hand of three Young Murcian designers. During this great talent show, there will be an acoustic concert by Planeta Tortuga, at 8 pm, and another at 9:30 pm, by the Claim group. 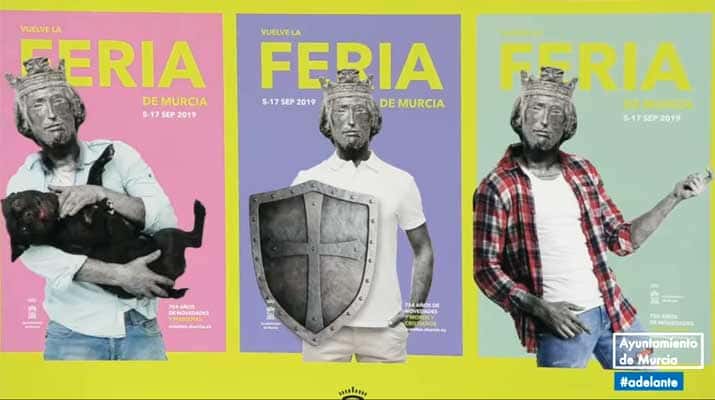 The essentials of the Fair

The gardens of the Malecon will once again be a fundamental setting for the Fair, where the XVII Wine and Gastronomy Fair, Gastrovín, traditional orchards, medieval camp, craft shows, etc. will be held. The inauguration of the 15 Huertos will be on Thursday, September 5, in the afternoon.

On September 8, the traditional Horse Day will be celebrated in the Garden of Floridablanca, with a parade-carriage and horse parade with free tastings.

Another essential place to visit will be FICA and its fair of attractions, whose opening and lighting of porticoes will take place on Thursday 5 at night. That afternoon special discounts will be offered (2×1) and on Tuesday 10 will be, one more year, children’s day (half price at all attractions). 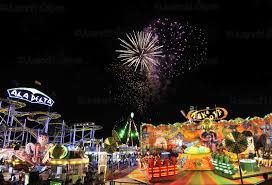 The 400 voices of the set of sections of the Coral Discantus will be responsible for offering the Proclamation of the Murcia Fair, which will take place on Friday, September 6, at 9:00 p.m., in Belluga Square, and will feature a guest star: the internationally successful Murcia singer Ruth Lorenzo.

In addition to the Pregón, music will be a constant throughout the Fair: 24 edition of the Lemon Pop, the End of Party concert organized by the City Hall next to Los 40 the day before the Pilgrimage in the New Condom, as well as concerts of artists like Fangoria, Morat and Rozalén at the Murcia Parque Auditorium. 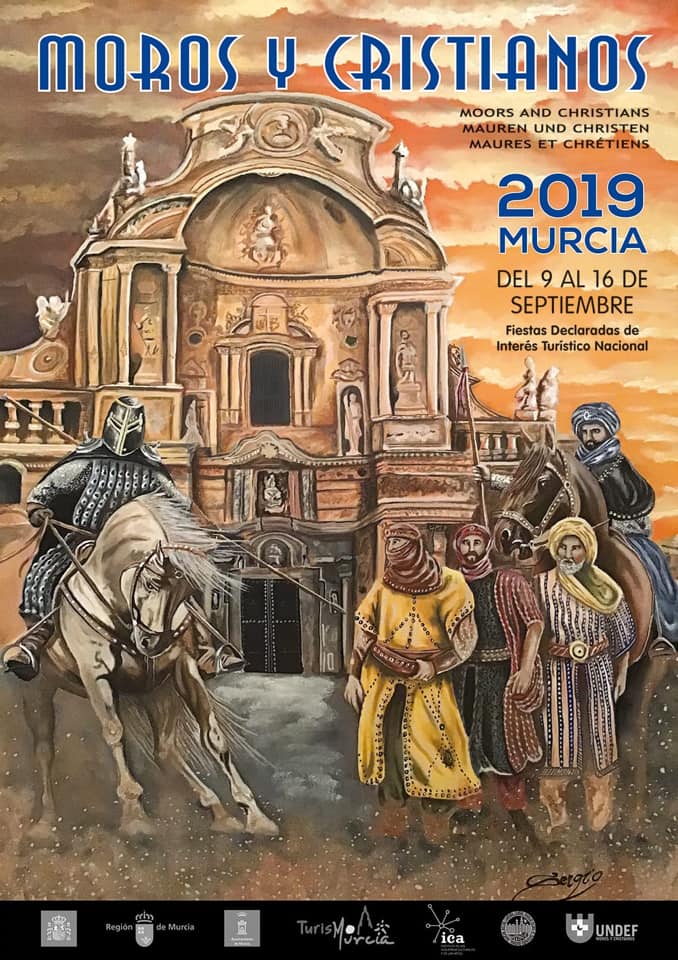 The Murcia Fair could not be understood without the Festival of Moors and Christians, whose camp will open on Monday, September 9, at night, in the gardens of the Malecon. From that day the performances of the different groups, children’s party, tributes, parades, parades and performances in Belluga Square will follow.

One more year, first-level assemblies will be represented on the stage of the Romea.

The program of the Bullfight 2019, will begin on the 9th and will end on September 22. 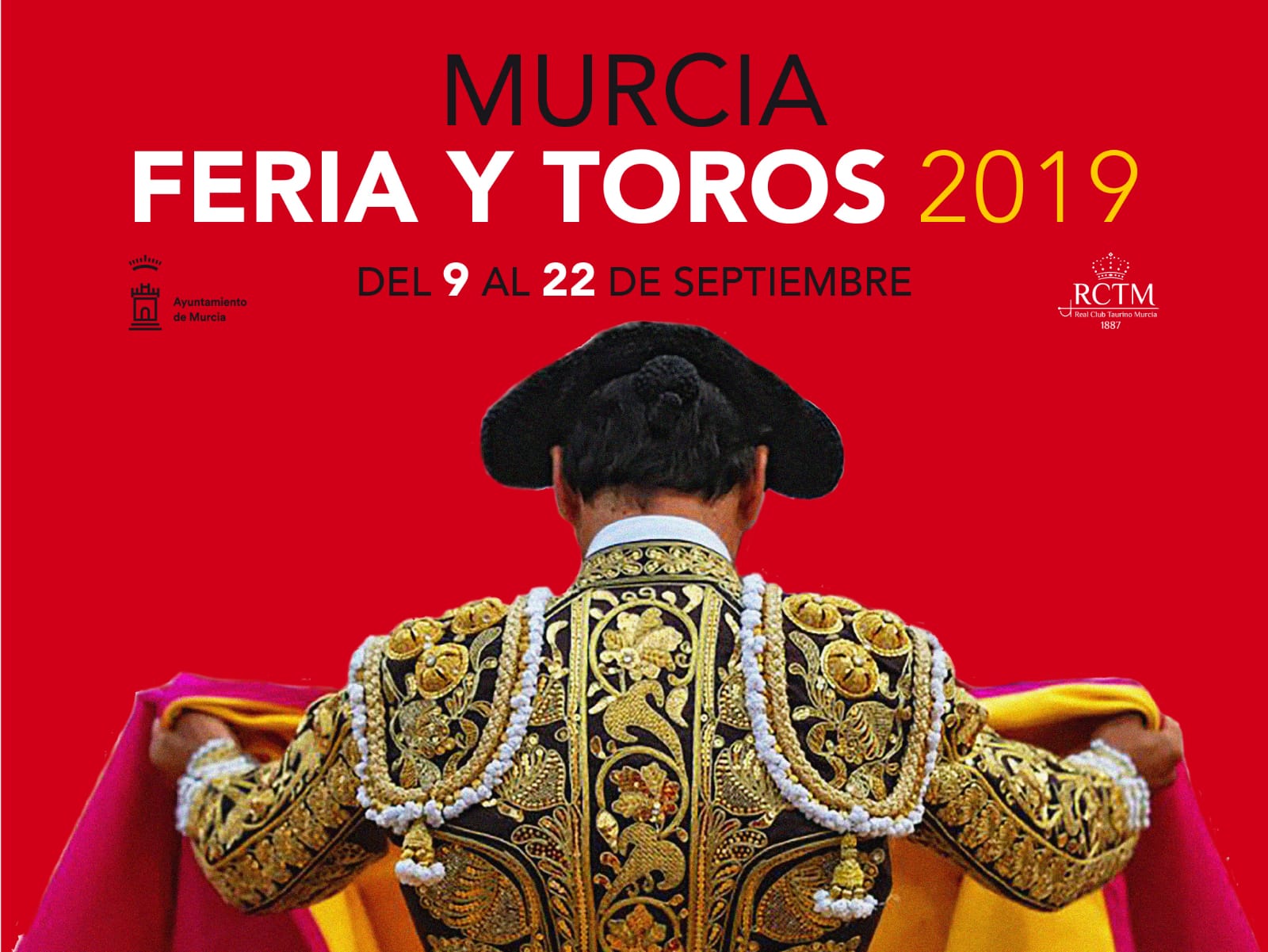