History of the “Virgen del Pilar” 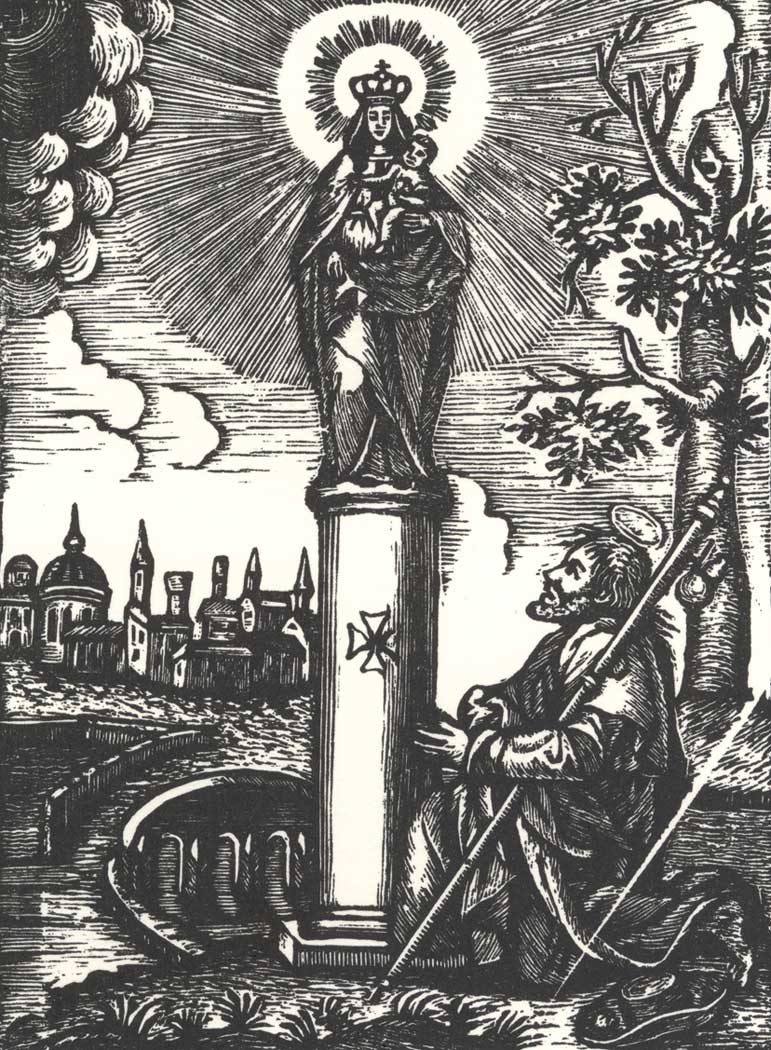 The tradition, as shown by documents from the thirteenth century that are preserved in the cathedral of Zaragoza, dates back to the time immediately after the Ascension of Jesus Christ, when the apostles preached the Gospel. It is said that, at that time (40 AD), the Apostle Santiago, brother of Saint John and son of Zebedeo, was preaching in Spain. Santiago obtained the blessing of the Blessed Virgin for his mission.

According to legend, the Virgin of the Pillar appeared to the Apostle Santiago in the Caesaraugusta of the Roman Empire on January 2, 40. Sometime later, in that same place, a temple began to rise in which to venerate her figure whose image was placed on a column and that, over the years, became the well-known ‘Basilica de Nuestra Señora del Pilar de Zaragoza’.

The Virgin disappeared and the pillar remained there. The Apostle James and the eight witnesses to the miracle immediately began to build a church on that site and, with the help of the converts, the work began quickly. But before the Church was finished, Santiago ordained one of his disciples to serve as a priest, consecrated it and gave it the title of Santa María del Pilar, before returning to Judea. This was the first church dedicated to the Blessed Virgin.

Many historians and researchers defend this tradition and argue that there are a series of monuments and testimonies that demonstrate the existence of a church dedicated to the Virgin of Zaragoza. The oldest of these testimonies is the famous sarcophagus of Santa Engracia, which has been preserved in Zaragoza since the 4th century, when the saint was martyred. The sarcophagus represents, in a low relief, the descent of the Virgin from heaven to appear to the Apostle Santiago. 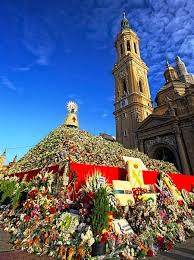 From a very early time, in Zaragoza there was a great veneration for Santa Engracia. In fact, in the crypt of the temple dedicated to it, we find the first representation of the assumption of the Virgin.

This veneration was increased thanks to the Miracle of Calanda, attributed to the Virgin.

Also to the War of Independence in which the French destroyed the Monastery of Santa Engracia but the Basilica del Pilar resisted. Finally, another reason points to the time of the Civil War, in which four bombs were dropped in the Plaza del Pilar, two of them inside the Basilica, which did not explode. Another miracle that is attributed to the Virgin. 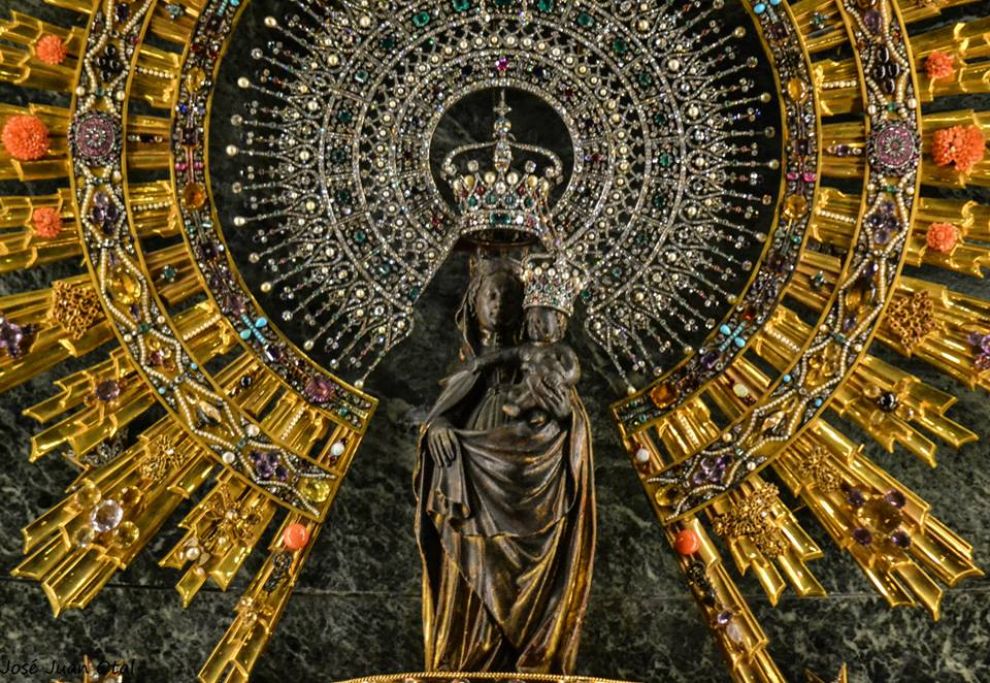 Tradition sets this story in the 1st century AD. but historical documents show that until the third century there were no Christians in Spain. If historical documents document her appearance to the Apostle James on January 2, why is it celebrated on October 12 then? The council of Zaragoza in 1613 decided that the festival be celebrated on the date that we know today. In the 18th century, Pope Clement XII agreed to commemorate the arrival in mortal flesh of the Virgin Mary to Zaragoza on this day.